HOW TO MAKE BETTER ELECTRICITY PRODUCTION FORECAST WITH AI? Luminus is the second largest electricity producer and energy supplier on the Belgian energy market. They sells electricity and gas to 1.8 million private and professional customers, bringing its commercial market share to more than 20%.  The company has approximately 2,000 employees. With an installed generation capacity of 2,090 MW, and accounts for 14% of the national electricity generation.

The energy sector in general is striving to make electricity production more sustainable. One of Luminus’ own power plants is its steam and gas power plant along the Ringvaart canal in the Wondelgem district of Ghent.

Various factors determine the power output of the plant. One of the most important is the performance of the air condenser, which is responsible for cooling.

“Theoretical models already existed that provided insight into the performance of the air condenser. But all these models are quite general and do not take into account environment-specific factors such as the amount of sunlight, the wind direction, the outside temperature and even the amount of pollen in the air, which has an impact on the contamination of the air condenser.

We built a model that does. It is now undergoing a trial run in Wondelgem. We are convinced that Luminus will eventually be able to use it in other steam and gas power plants.

Luminus owns and operates a combined cycle (CCGT) power plant at the Ringvaart Canal in Ghent. It is a power plant with both a gas and steam turbine. The residual heat from the gas turbine is used to drive the steam turbine, increasing the efficiency.

When Luminus enlisted the help of The Grain, the energy company was already familiar with keeping track of measurement data. Electricity producers are subject to all kinds of obligations: for example, they must inform Elia, the manager of the Belgian high-voltage grid, in advance and with considerable accuracy, how much electricity each power station will inject into the grid at what time. Elia needs these data to ensure the balance of the grid and security of supply.

Various factors determine the power output of the combined cycle power plant in Ghent. One of the most important factors is the performance of the air condenser used for cooling down the steam cycle.

“Luminus was using some theoretical thermo-physical models for getting insight in the performance of the air condenser. But all these models are quite general and do not consider environment-specific factors such as the amount of sunlight, the wind direction, the outside temperature and even the amount of pollen in the air, which has an impact on the contamination of the air condenser.

Luminus reached out to The Grain with the question to build an AI model able to better predict the performance of the air-condenser, especially at high outside temperatures and gain more insights in what drives the performance.

After an initial exploration of the available data and discussing the different possibilities with Luminus, it was decided that The Grain would build two separate AI models in parallel: one using only data from periods when the plant was operational, and one using only data from standstill periods. The main goal of the former model was to predict the performance of the air condenser during operation, while the aim of the latter model was the detection of potential vacuum leaks during standstill.

During the development of the AI models, The Grain and Luminus worked together closely. Based on Luminus’ extensive knowledge of the process, The Grain applied its data science expertise to build model prototypes and to clearly convey the results and conclusions back towards the client. This in turn allowed Luminus to react with appropriate feedback, thus improving the models and both parties’ insight in an iterative way.

During testing and validation, the final AI model for predicting the performance of the air condenser at high temperatures demonstrated a decrease in mean absolute error of 42% with respect to Luminus’ original approach. 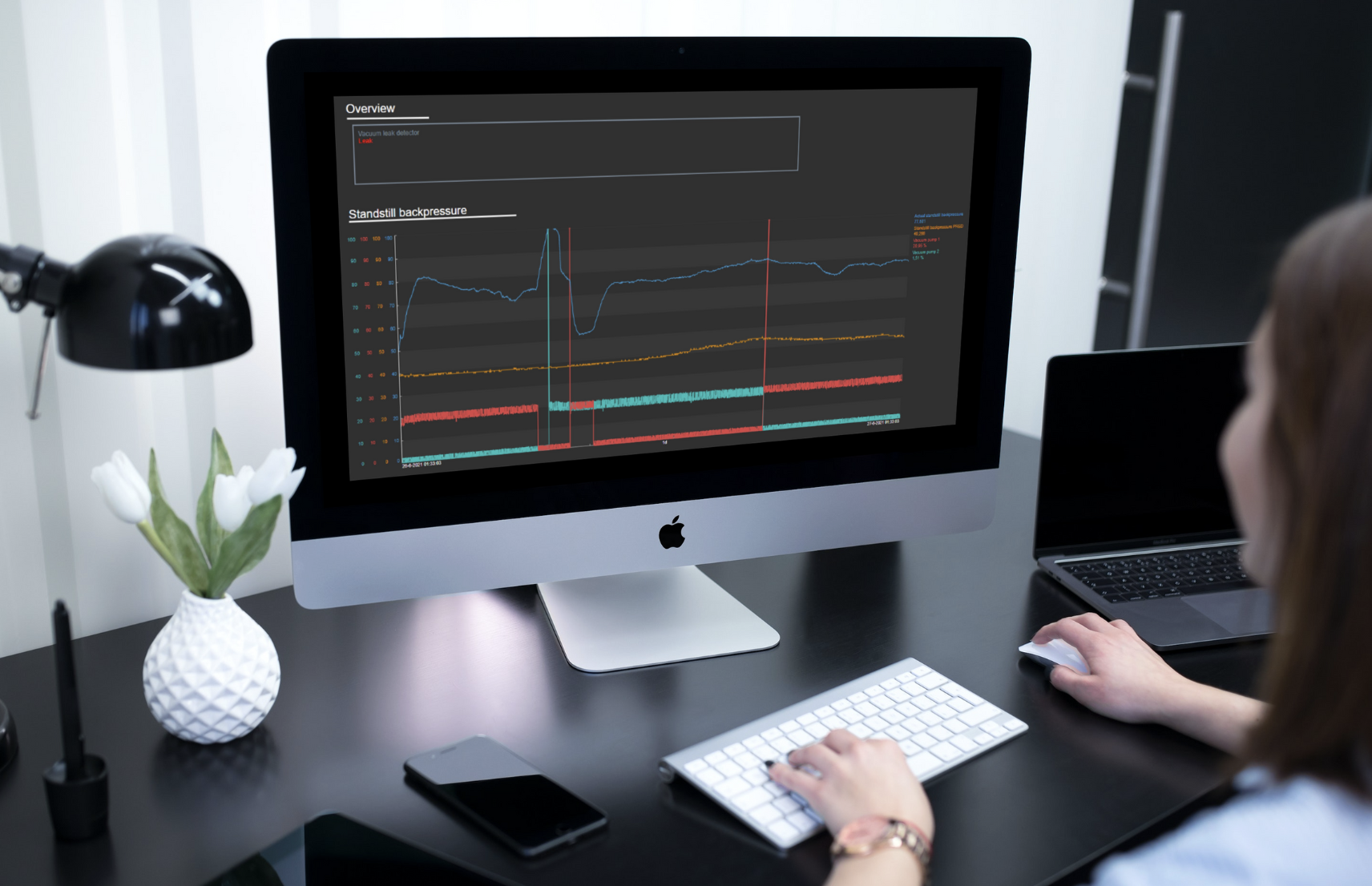 Additionally, since its on-site deployment, the leak detection model has already allowed Luminus to detect vacuum leaks much faster than before, which has in turn significantly prevented performance losses.

A continuous quest to create value from data

The way we combine industrial intelligence with our data science skills is what makes us unique: our starting point is your process, not the data.

We know how assets work and our domain experts work with you to understand the specifics of your operations.